I was in Artist Alley at San Diego’s 2nd Anime Conji. Having been my first time there, I wasn’t sure what to expect, but it blew my expectations away. What I like about smaller cons is that it’s a lot more intimate so I get to know a lot of people better, especially my fellow artists around me. I got to see some familiar faces again and make some new awesome friends as well!

Friday was a little slow, but Saturday and Sunday definitely picked up for me. The day before the con I didn’t get any sleep at all because I was frantically trying to finish up some of my crochet plushies. Maybe it’s because I was tired or what not, but I forgot several things at home (my cubes and my eyes for my plushies). You can see my setup on the first day here: On the second day I remembered to bring my cube box and I think setup began to look a little nicer. I feel like people don’t really know the name of my business though, so I really need to make a banner one of these days soon. 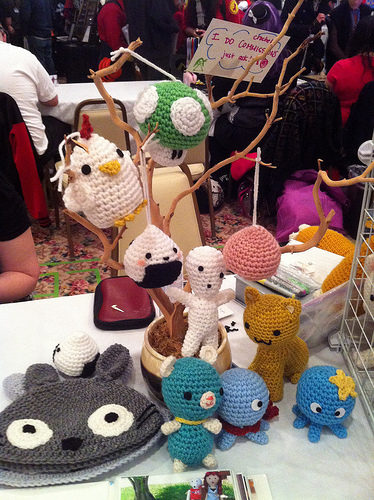 I had the most awesome table partner. Her name is Emy and she has her own web comics called Trying Human that she publishes for free online. It’s based around the love story of an alien who falls in love with his human abductee and is very inventive! So be sure to check it out. She is very talented in her drawings and I was impressed to see her just ramp it out on her original art. I had a great time meeting all the fabulous people who came through. Thanks everyone for supporting me and my plushies. I did some crochet commissions while I was there as well. I forgot to take pictures of all of them.

One was a poisonous Mario Mushroom for John. I might have to make some for AX. Another was a Futurama brain slug. I find it so hilarious when people wear them on top of its head. You can see Rosemary and Emy sporting the new brain slug fashion. I forgot to take a picture of Poo that I made for this cute little girl ^^. Basically a brown version of my slimes.

Oh yes and there were some awesome cosplayers this year as well. There’s plenty of anime cosplayers around so I took photos of more American based comics. Here’s Batman. An awesome Lolita style Rogue outfit. Rogue’s my favorite character in X-men so I was very impressed. And this is for my sister, the prince and Rapunzel from Tangled. Oh and here’s Luigi showing off my 1-Up mushroom. Sorry that it’s a bit blurry.. it was taken on my iphone. Oh yes, and on the last day, I finally got to do some shopping and for Jose (my fiancee). I got him an Angry Bird plushie (he’s so addicted to that game) and a Doctor Who T-shirt. 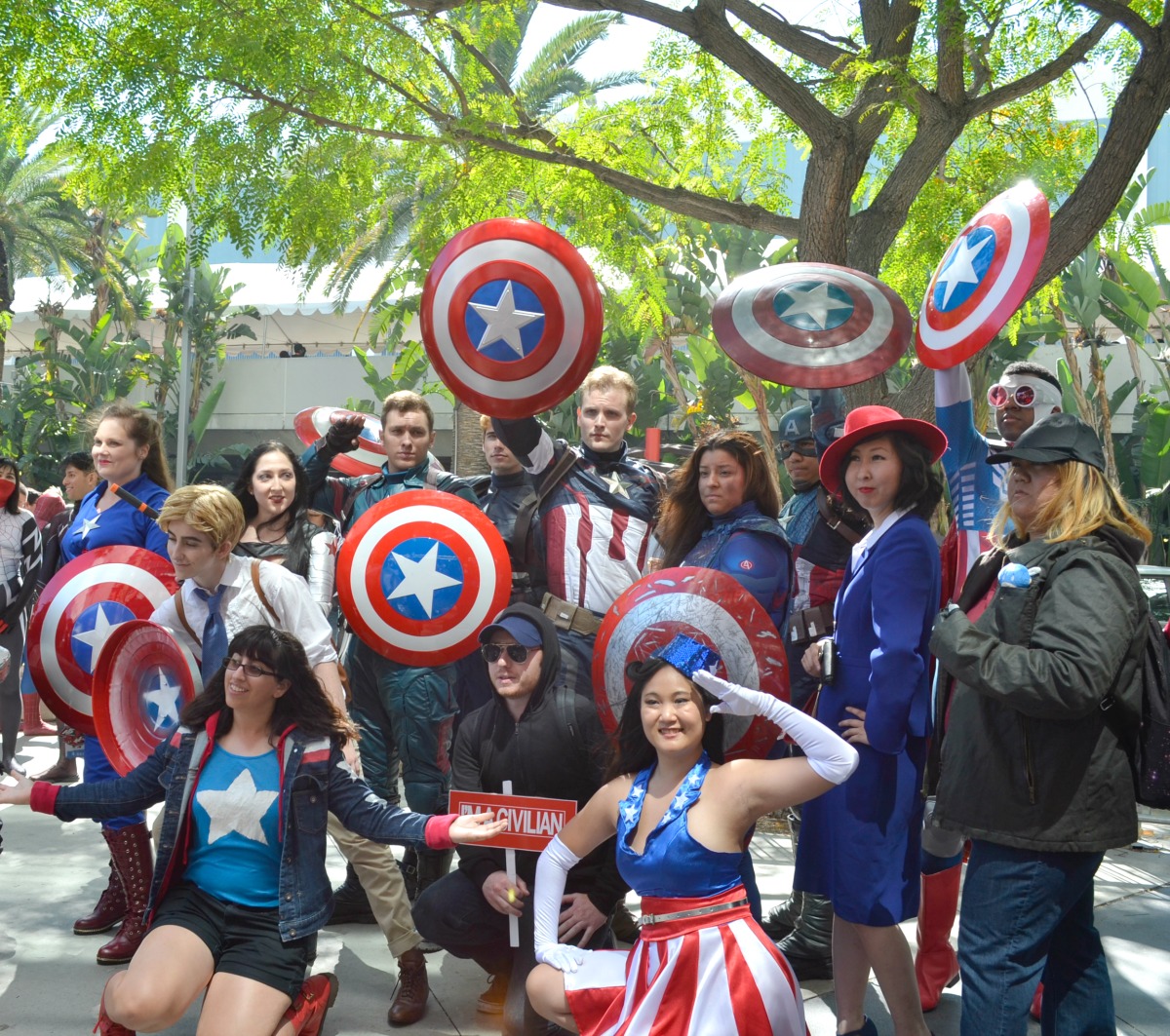