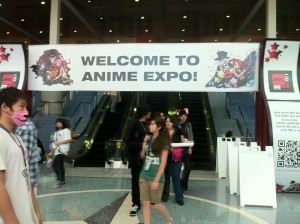 Wow I can’t believe AX 2011 just flew by like that. I’ve been pretty bad with blogging while preparing for Fanime and Anime Expo this year, but hopefully this summer I can remedy that.

This year at AX it was all about Miku Hatsune of Vocaloid. My only regret this year (well in addition to not stockpiling enough amigurumis) is that I didn’t make a Miku doll this year to add to craze of Mikunopolis. For those of you who don’t know, Miku is an idol from Japan, except for that she’s not real. She’ll hold concerts but she’s like a hologram, but everyone acts like she’s real and she dances and sings like a real idol. You can check out one of her live videos here where she’s singing her famous song: World Is Mine. I was lucky enough to snag a Miku Concert ticket thanks to a friend of mine (thanks, James!).

I will say though that I did cosplay for the very first time. It came sort of as a random accident. I was listening to a Miku playlist on YouTube when a thought came to me, “hmm her outfit doesn’t look that difficult, I have a black short skirt and a vest already,” I also thought madly to myself, “And I’ll just crochet my blue wig!”

And I did. Which you can see here along with free anime eyes from JList, haha. Thanks for posing in it for me, Jamie. 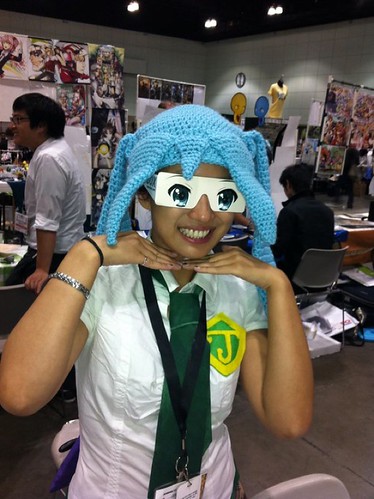 Unfortunately I only had 2 skeins of yarn and ran out so her long hair was cut short. My sister complained so much about that and would not allow me to wear my crochet wig. She actually thought the wig was so bad that at AX she bought me a real Miku wig! Thanks Sis, I owe you one! You can see my new wig here, big improvement ^^. 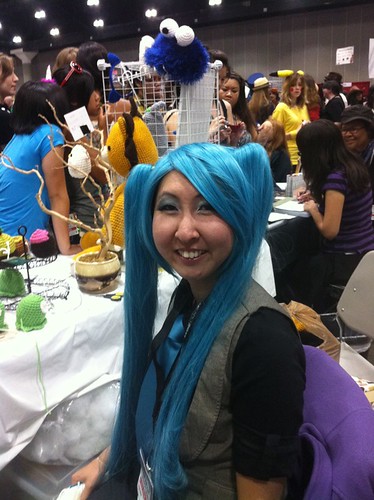 While at artist alley too, there was a cool balloon guy and on my way back from the bathroom, I saw his booth. He had just completed creating a Miku balloon and they asked me to pose with it! They asked me what I thought of it and I replied jokingly, “It looks like me. Great job!” 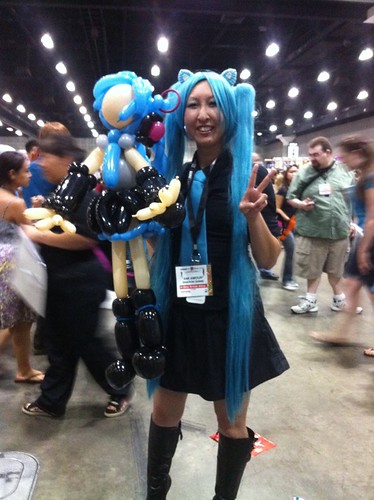 Anyways onto my plushies, the real reason you read my blogs ^^. We had the debut of Henry’s Onigiri Bandits! Aren’t they adorable? I also had some Pokeballs that sold out real quick (wish I had made some more!). It was also most difficult to part with Jiji as it was my first sample. 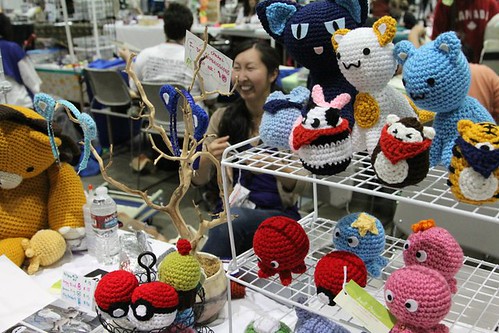 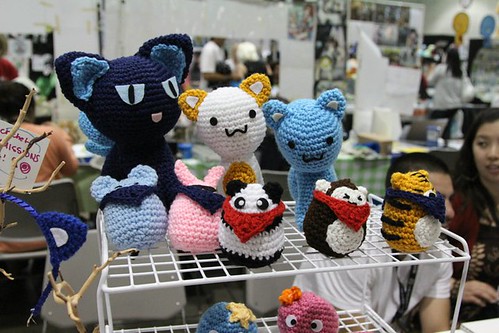 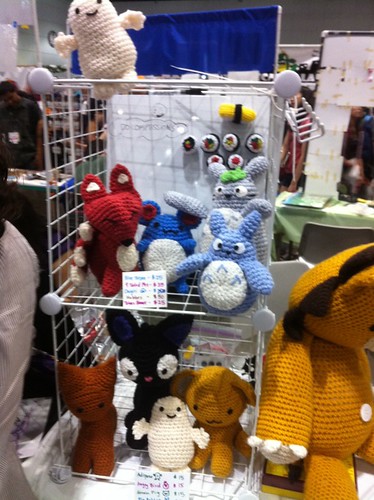 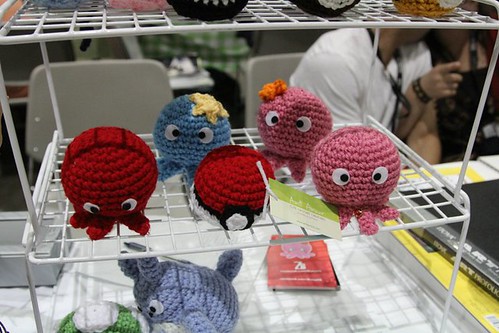 I’ve had an unfinished Squirtle for a while. A girl came up and said I’ll buy it if you put eyes on it. Done! And so I said good bye to Squirtle. 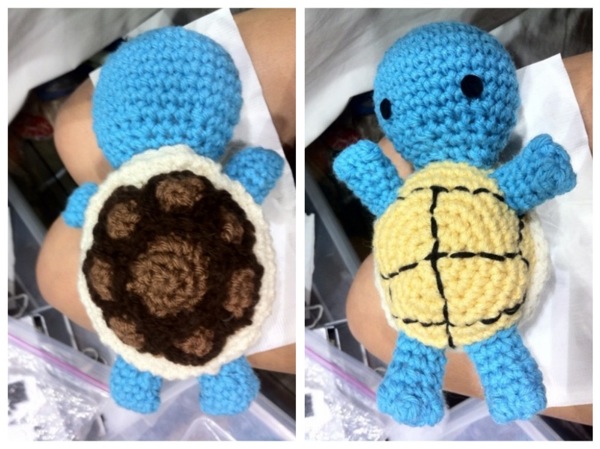 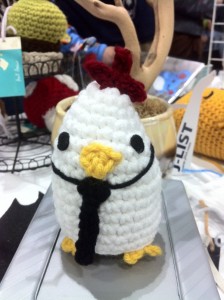 When all was done, we had to pack up and go. Luckily setting up and tearing down was an easy go this year thanks to the wagon I purchased.

Anyways, check out some of my swag I got. A lot of Kitty love.
Got a huge Hello Kitty bag for free. I’ll figure out how to use it later. 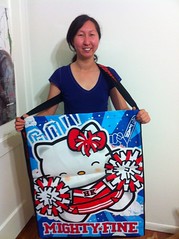 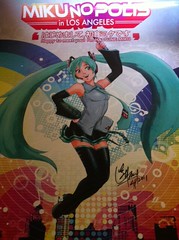 And finally one of my purchases at AX, a Nyan cat T-shirt! My cat Mikey seems to like it too! 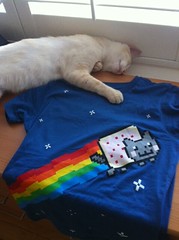 Thanks goes out to my sis, Jamie, Vincent, missy42 for helping me man the booth! Also more thanks to Sandy and Jamie my makeup stylist for the Miku look. Love you guys! 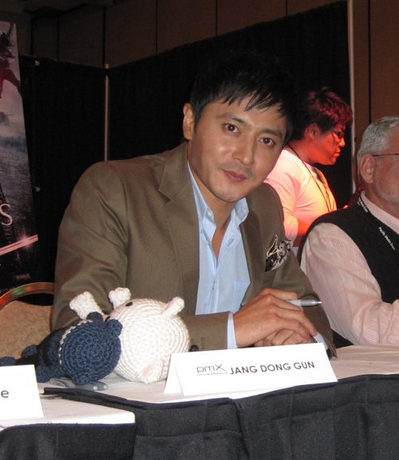 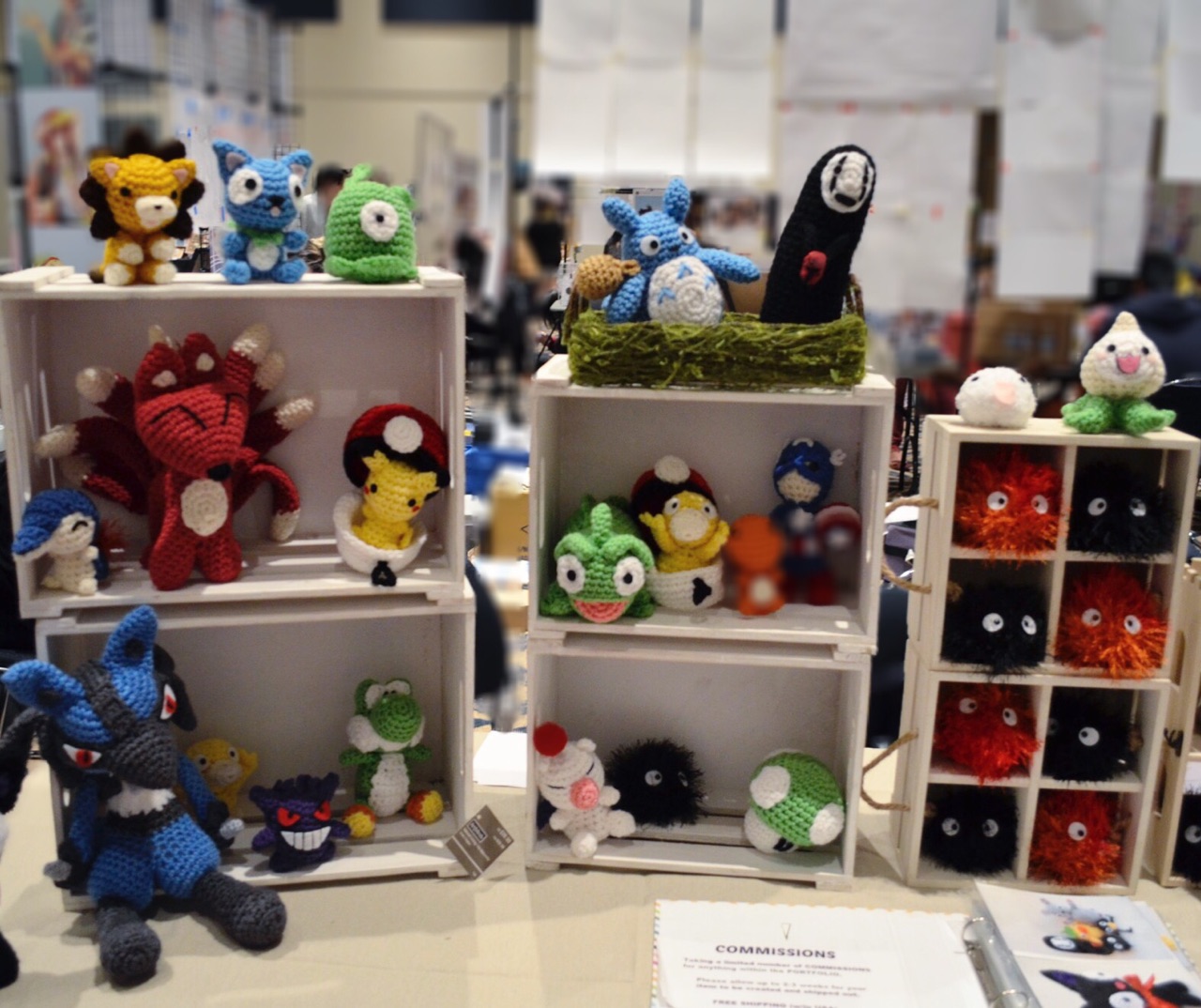 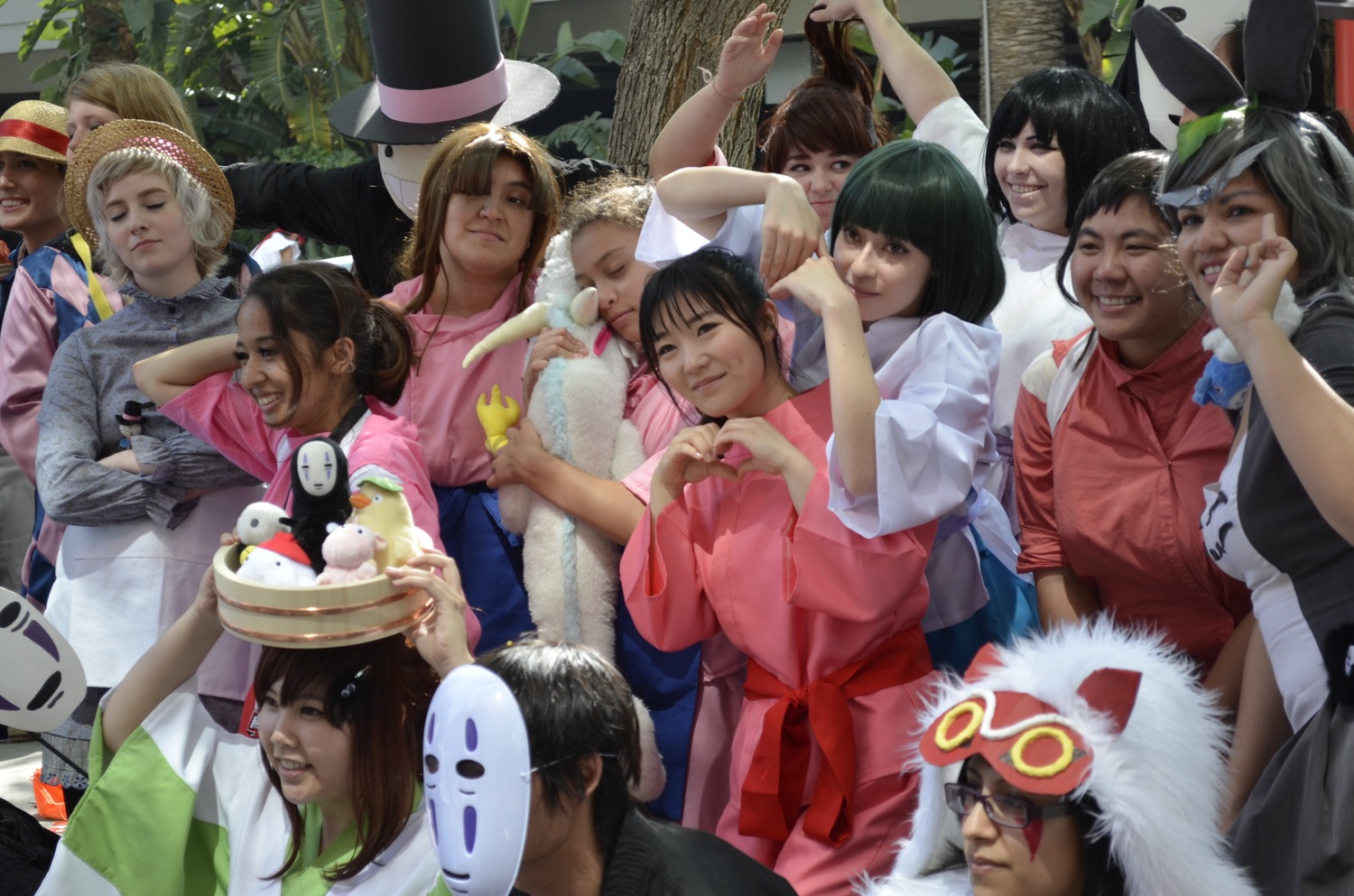